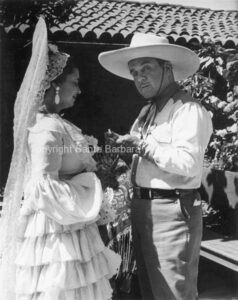 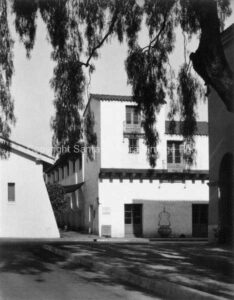 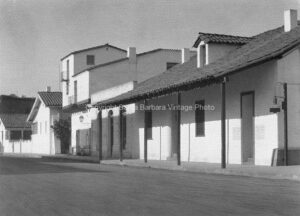 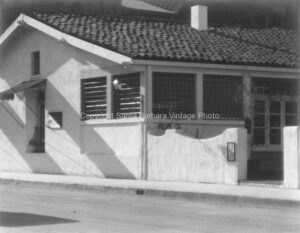 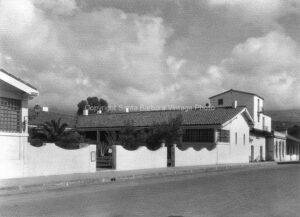 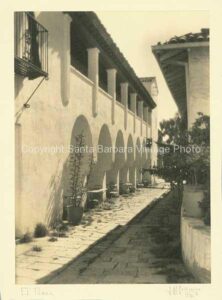 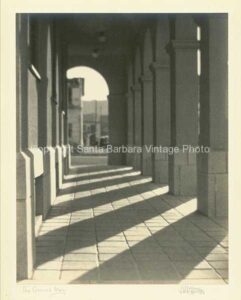 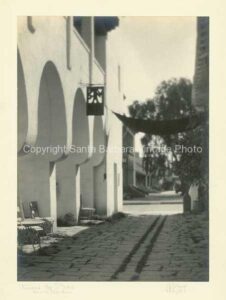 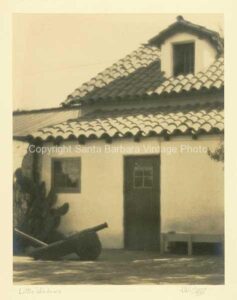 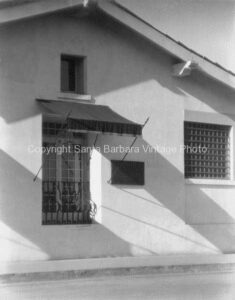 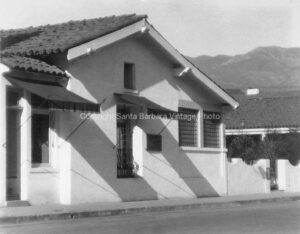 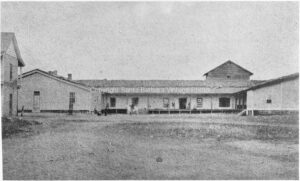 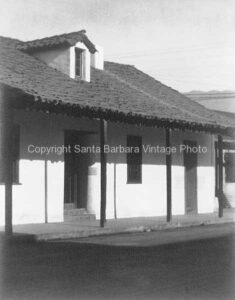 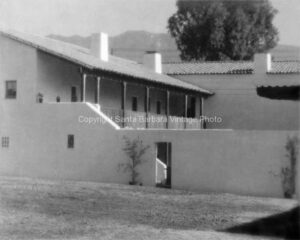 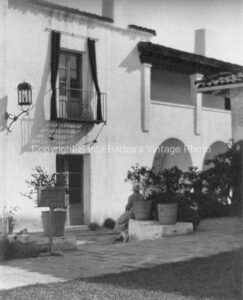 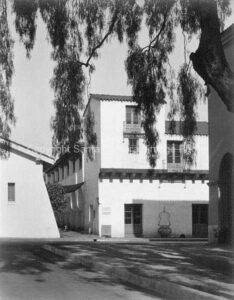 The Paseo de la Guerra is a complex of historic buildings in downtown Santa Barbara, California. Since 1977 it is listed (as El Paseo and Casa de la Guerra) in National Register of Historic Places.

Paseo de la Guerra continues as a major landmark and attraction, as a museum and boutique mall.

The El Paseo was built in 1826, it’s an adobe complex which housed the Commandante of the Presidio Royale de Santa Barbara. La Casa de la Guerra was home of the civilian governor of the area from San Luis Obispo to Los Angeles. It was a natural setting for galas, including the three-day wedding fiesta immortalized by Richard Henry Dana in Two Years Before the Mast.

Architect James Osborne Craig designed and restored many of the existing buildings and added the Spanish village and “Street in Spain” surrounding the El Paseo Restaurant. After Craig’s death in 1922, his plans were continued by Carleton Winslow. The El Paseo complex was an inspiration for the revival of Spanish Colonial architecture in Southern California and by law is a model for any new building in Santa Barbara’s historic El Pueblo Viejo district. The El Paseo is on the National Register of Historic Places.

The original restaurant dining patio was shaded by huge swaths of Venetian sailing cloth and featured a brightly-tiled pool where roses were floated daily. Mexican bowls with trailing plants and long strands of cherry-red chili peppers hung in the courtyard arches.