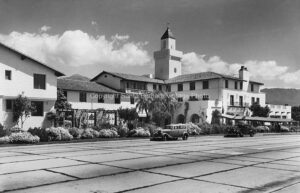 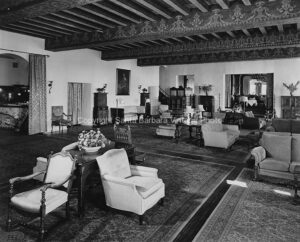 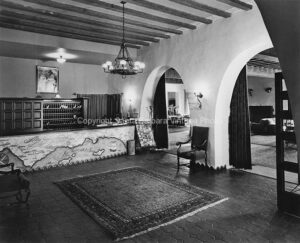 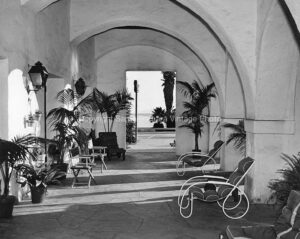 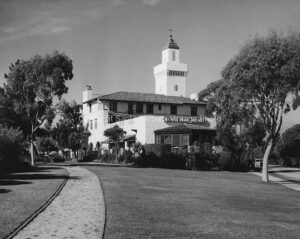 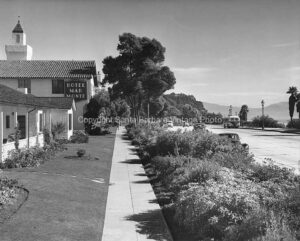 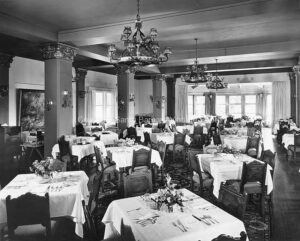 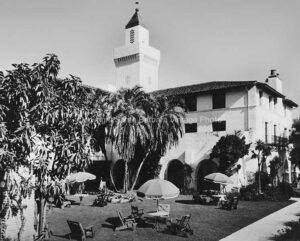 History of the Mar Monte Hotel

In June 1930, hotelier Frederick A. Bartholomew announced plans for a new oceanfront hotel in Santa Barbara. “There will be nothing finer on the coast,” he declared in an interview with the Morning Press, “and the furnishings will be the best that money can buy.”

Designed by the Los Angeles architectural firm of Walker & Eisen in the Spanish Colonial Revival style, it was to be called the Arlington Inn. Locals, however, objected to the appropriation of the name of the town’s beloved old Arlington Hotel, which had been tumbled to the ground by the 1925 earthquake. Ever accommodating, Fred announced, “I will be glad to receive suggestions for a name for the hotel.” Letters flew in with names such as Al Viso (At the Viewpoint), El Retiro (The Retreat), and Buena Vista (Beautiful View), but it was Vista Mar Monte (View of Sea and Mountains) that won the day.

When the grumbling over the name subsided, ground was broken and construction began. For eight months Santa Barbarans eagerly awaited the completion of the new hotel whose slogan was “On the sea where Montecito joins Santa Barbara.” For Fred Bartholomew, the new hotel was a lifetime dream come true. “I have been a hotel man all my life,” he said at the opening on June 11, 1931. “I have for
several years had my eye on Santa Barbara and the ocean front. To be able to build the hotel of my dreams on a site so ideal has fulfilled an ambition of many years.”

Opening Night at Vista Mar Monte.  As the final finishing touches were going in, Fred prepared for the official opening of his Vista
Mar Monte Hotel on the evening of May 11, 1931. He had hired an expert, experienced staff drawn from some of the best hotels in California, including his own Atascadero Inn. Ever mindful of the importance of his table, he engaged one of the most famous chefs in the state, Francis de Harik of the Flintridge Biltmore and Flintridge Country Club.

Eight months of construction had produced a hotel of 100 rooms, all with views of ocean or mountains, all with baths, and several as suites. Everywhere the Spanish motif was celebrated: from the dark oak furniture in the dining room to wrought iron fixtures and intricately embroidered shawls draped over the piano and balconies. Guests arriving at the reception were entertained by Victor Janssen’s Vista Mar Monte Orchestra and Pete Puente’s Tipica Mexican Orchestra. During dinner, Miss V. Mable Alley sang soft melodies accompanied by Miss Polly Pleasants on the harp. The dining room was so crowded that the tango exhibition was cancelled, though it would become a regular feature and lessons would be offered as well. After dinner, the rugs were rolled back in the lounge and the guests danced until well after midnight. The evening provided Fred with a roaring entry into the Santa Barbara hotel scene, and left him confident of his dream’s success.

Researched and written by Hattie Beresford.